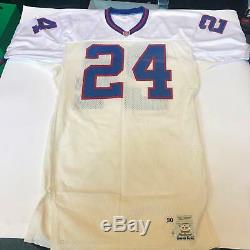 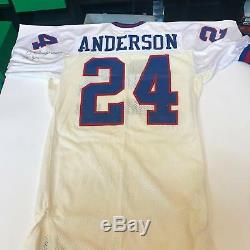 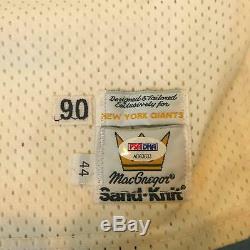 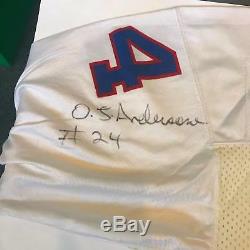 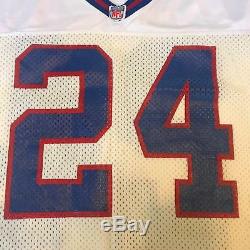 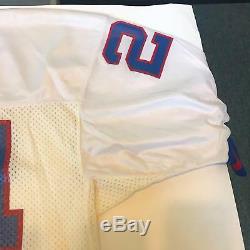 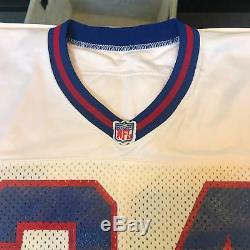 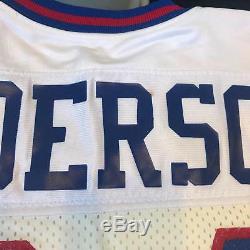 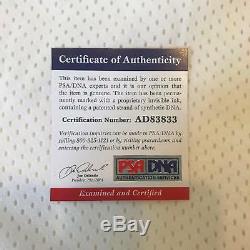 1990 Ottis OJ Anderson Signed Game Used New York Giants Jersey PSA DNA COA. Super Bowl MVP Ottis Anderson is one of just 22 running backs to rush for over 10,000 yards in the NFL, and OJ wore this impressive jersey during the 1990 season. It is signed "OJ Anderson #24" in black Sharpie above his name on the back. His number 24 adorns the front, back and shoulders, and the NFL logo is on the front collar.

Original MacGregor tag is on the front tail, along with "90" mini-patch. A two-time Pro-Bowl selection, Anderson won NFL Offensive Rookie of the Year honors in 1979 before helping guide the Giants to their first two championships. We specialize in sports autographs and memorabilia. We have one of the largest selections of baseball autographs in the country.