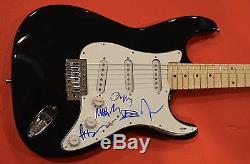 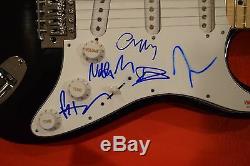 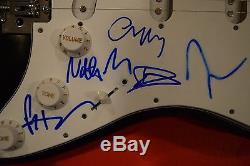 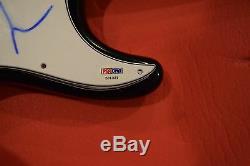 Signed in New York City in August 2015 while on tour. Cp Entertainment Autographs has a team of individuals who regularly obtained autographs directly from the celebrities themselves.

We are located in Boston but travel nationwide to obtain autographs. Autographs are obtained outside concert venues, hotels, charity events, movie premieres and many more places. We are dedicated to providing 100% authentic autographed memorabilia.