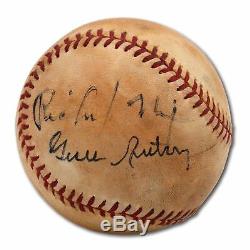 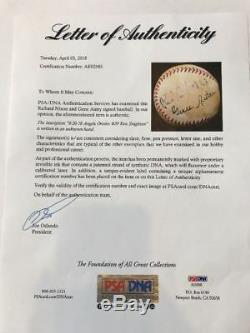 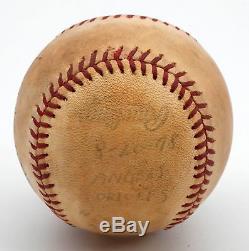 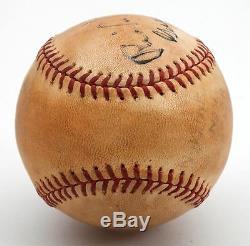 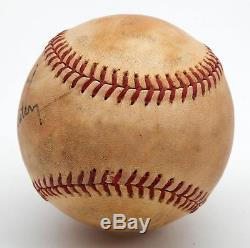 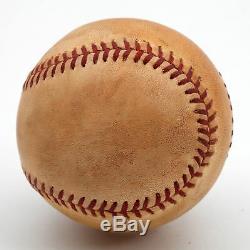 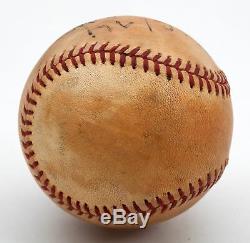 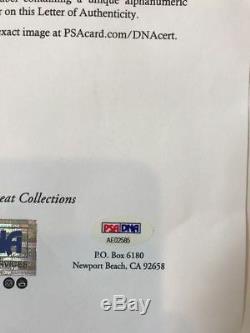 President Richard Nixon & Gene Autry Signed 1978 Game Used Baseball PSA DNA COA. This ball has an interesting acquisition story and holds the autographs of two powerful men whose lives crossed paths most likely due to their the elite inner circles. One was a native Californian who rose through the political ranks to become the 37th President of the United States, and his controversial time in office (1969-74) gets more fascinating and polarizing as the years go by. The other was a real-life Texan cowboy who became a country music icon and Hollywood movie star before later starting the Los Angeles Angels franchise in 1961. Richard Nixon spent his post-presidential years living in the coastal comforts of San Clemente, Calif. Gene Autry went on to own the Angels franchise, from PCL to MLB and its various locale titles, until the mid-1990s when he transferred ownership to Disney shortly before his death. In 1978, on a warm summer afternoon in Anaheim, the Angels hosted the Baltimore Orioles.

Flame-throwing legend Nolan Ryan started for the Halos against young Nicaraguan Dennis Martinez for the Os. Both pitchers were lights out that day.

The consignors detailed letter takes it from here. My great aunt, now deceased, attended this game at Angels Stadium on August 20, 1978, and caught this ball in the stands. The game was a nail-biter from start to finish, with the home team prevailing 1-0 in 14 innings on a game-winning, walk-off double by Don Baylor. The crazy part of this game was the fact that Orioles starter Dennis Martinez pitched 11 shutout innings, and Baltimore still lost. Nolan Ryan started for the Angels and pitched 7 shutout innings himself.

At some point earlier in the game, Orioles outfielder Ken Singleton hit a foul ball in the area of my aunts seats close to the field, and she got it. My aunt was a bit of a socialite and had connections to sit right up near the owners box. Later in the game, she took the opportunity to get Angels owner Gene Autry, sitting in the owners box that Sunday, to sign the ball. Lo and behold, former President Nixon was also sitting right there so she got him to sign it as well. The OAL ball (MacPhail stamp barely visible) shows obvious game use, and is heavily toned and soiled at this point, but the Nixon and Autry autographs remain strong in black marker on the same side panel.