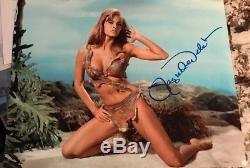 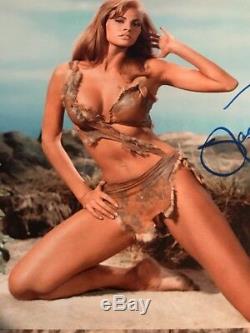 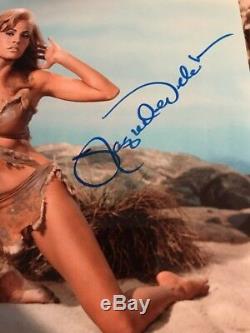 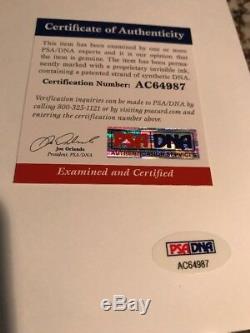 This is a 8x10 hand signed publicity photo photo. Item comes with a PSA/DNA COA. Raquel Welch (born Jo Raquel Tejada; September 5, 1940) is an American actress and singer. She first won attention for her role in Fantastic Voyage (1966), after which she won a contract with 20th Century Fox. They lent her contract to a British studio, for whom she made One Million Years B. She later starred in notable films including Bedazzled (1967), Bandolero! (1968), 100 Rifles (1969), and Myra Breckinridge (1970). She made several television variety specials.