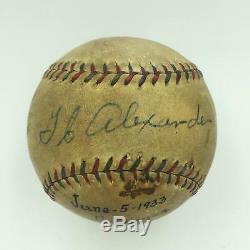 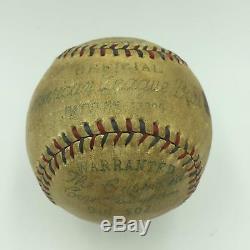 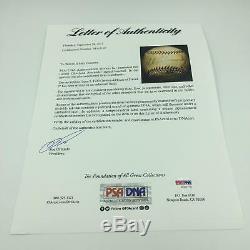 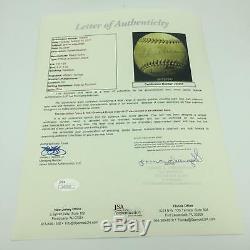 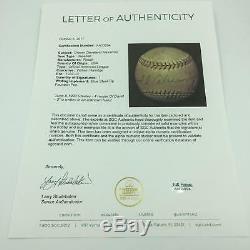 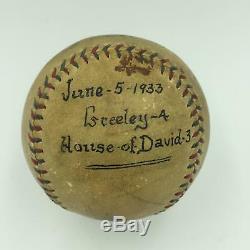 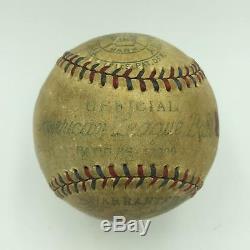 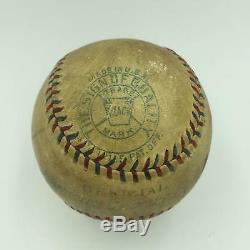 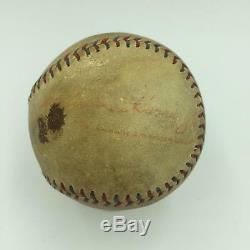 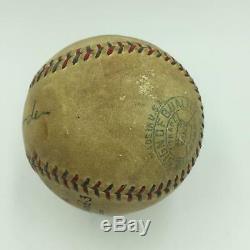 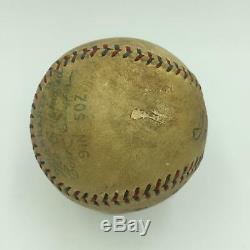 The Finest Grover Cleveland Alexander Single Signed Baseball PSA DNA & JSA COA. From the first day he entered the major leagues, Grover Cleveland Alexander was one of the most dominant pitchers of his time. By the time he reached his 30th birthday, he had already compiled a 7-year body of work that included a 190-88 record, a 2.12 ERA, 219 complete games and 61 shutouts.

Though he retired in 1930, Alexander continued to play baseball and toured the country as a player-coach for the Grover Cleveland Alexander's House of David Team. An extremely popular barnstorming group that often attracted former major league players, the House of David troupe was thrilling crowds around the nation and played their first game under the lights on April 17, 1930, in Florence, Kansas. That was five years before the first Major League game was played at night in Cincinnati. The featured baseball is a truly one of a kind item, an Official American League (Harridge) orb that offers a stunning and particularly strong "Grover Cleveland Alexander" signature on the sweet spot with a meticulously written inscription, "June-5-1933 Greeley-4 House of David-3" below the signature.

A very significant piece of American baseball history! Triple authenticated with LOA's from JSA, SGC and PSA/DNA. We specialize in sports autographs and memorabilia. We have one of the largest selections of baseball autographs in the country. The item "The Finest Grover Cleveland Alexander Single Signed Baseball PSA DNA & JSA COA" is in sale since Monday, January 8, 2018.